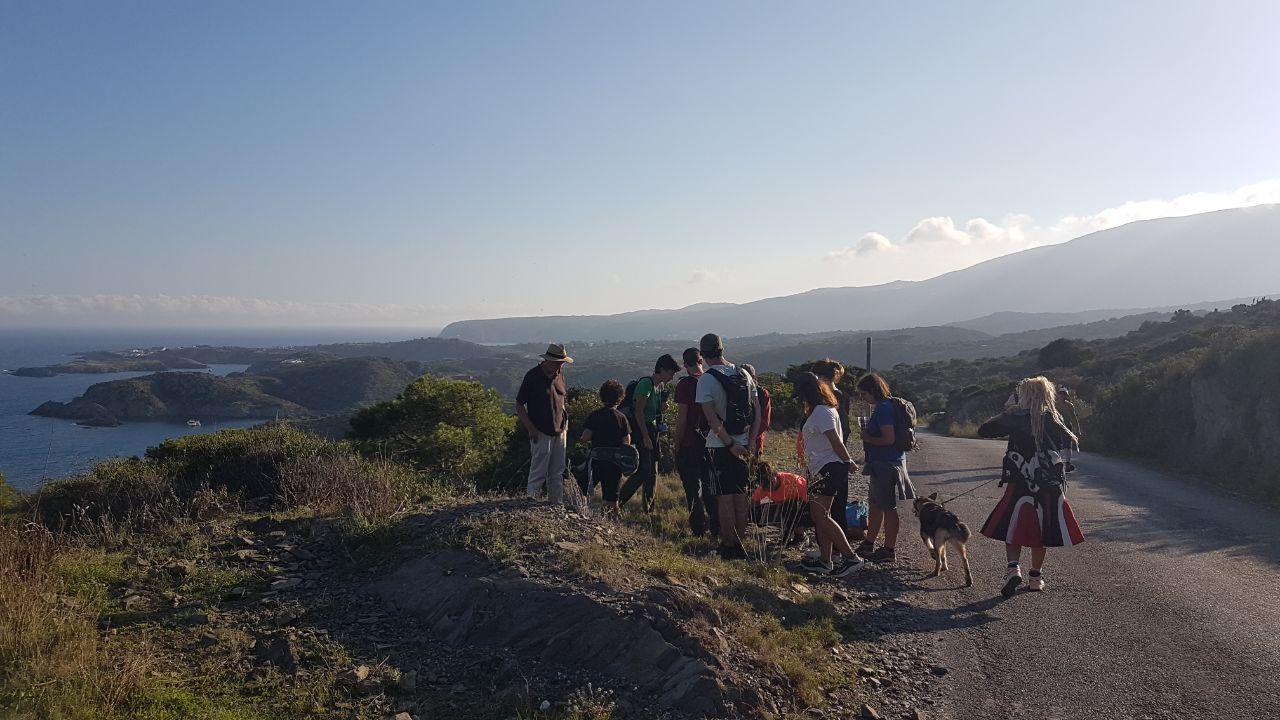 On last October 15th two botanical tours were conducted by Arnau Bosch and Neus Ibáñez in Cap de Creus; one of them during the morning on Punta de s’Alqueria, and the other one in the evening, near Badia de Guillola.

The morning tour was organized by the project LIFE medCLIFFS, coordinated by the Botanical Institute of Barcelona. The main objective of this project, which started on October 2021, is to manage the invasive alien flora affecting the Costa Brava cliffs, and also monitor its impact to endemic plants such are two native sea-lavenders (Limonium tremolsii, near-threatened, and L. geronense, vulnerable) and Seseli farrenyi (endangered) (following the IUCN categories). 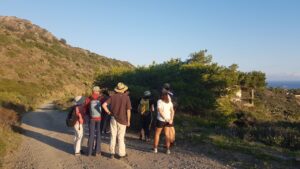 Volunteers will study the invasive species populations by going across one or more transects. Author: Arnau Bosch.

Citizen science is an important part of the LIFE medCLIFFS project; by creating two participatory networks (observers and volunteers), the project aims at collecting data of invasive species growing in the area and, for some of them, to map their invasion risk in order to foresee how their populations could grow in the future.

This tield tour has been the first one for the project volunteers (16 participants), where they were taught on how to monitor the 33 invasive plant species established within the study area, a task to be carried out till the end of the project. Volunteers will monitor the populations of those species in one or more transects already defined along the Costa Brava coastline) in order to provide biannual data through the iNaturalist platform “LIFE medCLIFFS – Volunteering Network”. 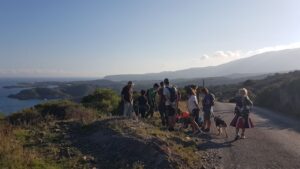 Along the tour they went across the N24 transect, and 11different invasive species and some Limonium geronense specimens were observed. Data included within the iNaturalist form were: transect code, individuals number, presence of reproductive adults, vegetative adults, coverage area and the presence of the cochineal Dactylopius opuntiae (which is a natural enemy of Opuntia sp. that will be used in LIFE medCLIFFS as a biological control agent against prickly pear species).

All of those volunteers are currently attending the course on invasive flora organised by the Associació Flora Catalana (which is one of the LIFE medCLIFFS project’s partners). Once they will finish it, they will be ready to start taking data on their own, from the transects they have adopted. 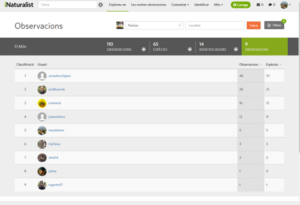 Along the Bioblitz, 110 observations were made with an overall of 65 species. Source: iNaturalist.

In the other hand, the evening tour, near Cala Guillola was organized within the First Bioblitz in the Natural Park of Cap de Creus, in the framework of the CCAW (Cap de Creus Autumn Weekend, an intensive bird ringing weekend within the park). A Bioblitz is a citizen-science activity where the main objective is to survey species and taka pictures of the current biodiversity in an specific area. During this Bioblitz, organized by the Natural Park of Cap de Creus, EmpordaiNat and IAEDEN with the collaboration of the Botanical Institute of Barcelona (among others), all data gathered from different areas within the Natural Park of Cap de Creus. Workshops for birds, bees and other pollinator insects, butterflies, arachnids, reptiles, orthopters, flora mammals, amphibia and moths were also conducted during this event. The flora tour was conducted by Arnau Bosch and Neus Ibáñez, from 17h to 18.30h, accounted 23 participants and allowed to register a total of 110 observations (out of 362 within the whole event) adn 65 species registered (30,09% of the event).